8 Ways To Save Electricity At Home

by Money Monarch
in Money Management
0
This article may contain references to products from one or more of our advertisers. We may receive compensation when you click on links to those products. For an explanation of our Advertising Policy, visit this page.
0
SHARES
88
VIEWS
Share on FacebookShare on Twitter

How To Save Electricity On A Budget

“With great power comes a high electricity bill” is a funny spin on the massively popular quote widely attributed to Spiderman.

Yet it has just as much truth as the original quote.

Electricity is expensive, and you never really know exactly how much you’re using until the dreaded bill arrives in the mail or in your email inbox. Still, many people practice wasteful energy habits, practically throwing dollar bills into the trash every day.

That being said, cutting your electric use isn’t that hard. In fact, there’re tons of things you could be doing right now to reduce your energy usage and put more of your money back into your pocket.

Try some of the following tips to save electricity and slash your power bill. 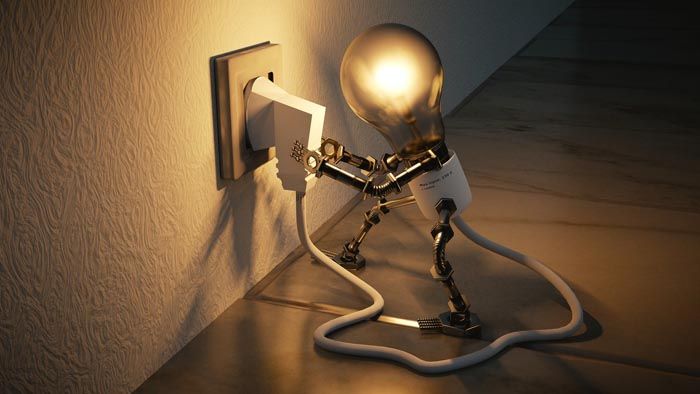 Lights are perhaps the most visible form of electricity in your house. Yet, many seem to leave all their lights on whether through forgetfulness or through sheer laziness.

You can start saving energy this instant if you turn off ALL lights that are not in use.

Here’s a tactic you can try: leave a tiny, unobtrusive sticky note that reminds you and others to turn of the lights next to each light switch. Eventually, it should become a habit for everyone in your household.

Now, one light won’t use an appreciable amount of energy in the short term. Neither will multiple lights. But over your lifetime, you’ll save hundreds just by flipping that switch downwards whenever you leave the room.

Energy-efficiency is the future. It might be time to replace your traditional incandescent with something more efficient.

Fortunately, you have many choices:

LEDs and CFLs are especially useful for lights you leave on for long periods of time.

Not only will you save money AND the planet while the lights are on, but you’ll waste a lot less energy if you forget to turn a light off.

2.) Turn Off And Unplug Devices When Not In Use

Electronic devices such as TVs and video game consoles use a lot of power when they’re on. It’s the same story with small appliances like microwaves and coffee makers. Obviously, you want to turn these off whenever you aren’t using them.

But did you know that devices can STILL use electricity when plugged in, even if they’re completely shut off?

This is a phenomenon known as “standby power” (also colloquially known as “phantom load”, “leaking electricity, and a host of other names). Standby power is nowhere near as large as the power you use with the appliance on, but it adds up all over your home.

You can’t necessarily unplug every energy-using device in your house (such as your wifi router/modem), but unplug the following devices whenever they aren’t in use:

And any other devices you use semi-regularly.

Supply and demand touches everything, even intra-day energy use. In this case, your energy company will charge you more for running large appliances during “peak hours”, or when most of the population is also running them.

When are peak hours?

Generally during the morning and early evening. This is when everyone’s home from work, leaving them that narrow window of time to do the laundry, run the dishwasher, blast heat/air conditioning, etc.

Thus, the massive spike in energy use. Energy companies charge more to compensate, both to make extra money and to slightly dissuade energy use, helping to reach an equilibrium.

Run your large appliances at night when less people are doing the same. You’ll save so much money in the long run just by pushing your laundry and dishwashing duties back a couple hours.

4.) Get A Smart Thermostat

Devices of all kinds are getting smarter: Smartphones and smart TVs are proliferating among the public.

Thermostats have also become smart in recent years. And yes, they can save you a ton on energy no matter the season or climate you’re in.

You can program these thermostats to kick on the heat or cold at any time you desire. However, smart thermostats go a step further by using learning algorithms that collect data on your thermostat usage throughout the day to automatically set a more efficient thermostat schedule.

Best of all, smart thermostats are part of the Internet of Things; in other words, they connect through the internet so you can control them directly online or even from a mobile app.

Just in case you want to shut off your heat or A/C for any reason but you’re at work all day, just hop online and adjust the thermostat from anywhere!

Smart thermostats aren’t cheap, but the amount of time and money they save you through efficient, automated climate control regulation makes them well worth the investment.

5.) Open Or Close The Curtains/Shutters Depend On The Season 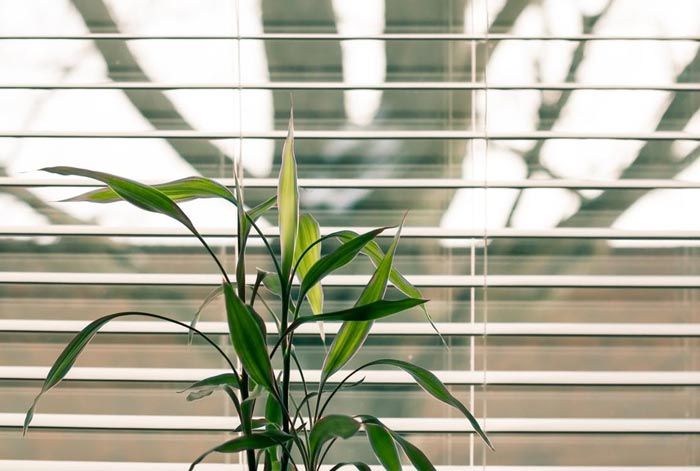 The sun is responsible for our entire existence, yet you can take even more advantage of it to save on your energy bill by utilizing your curtains and/or shutters effectively.

Temperatures are highest during the summer, and the sun beating down on everything makes the heat even worse. Sun rays that make it through your windows can actively heat your house just a tiny bit more.

Close the curtain and/or shutters on the side of your house where the sun is directly shining through the windows to slightly reduce reliance on the A/C. Don’t shut all the windows, though; you can reduce reliance on your lights by leaving open the windows that aren’t facing the sun. Lights both use electricity to stay on and generate additional heat (which of course you don’t want), so doing this will drive your electricity use down twofold.

Not to mention that natural light is generally easier on the eyes than light bulbs.

As temperatures drop, you’ll want to squeeze every drop of free heat out of every available source. The sun again saves the day. Crack those curtains and shutters back open on the side of your house where the sun is shining.

Keep curtains closed on the non-sun side to minimize warm air slipping out your windows. You’ll again get the benefit of natural sunlight, reducing your reliance on your own lights.

What About The Other Seasons?

Being intermediary seasons between the cold winter and the hot summer, spring and fall might be a bit more unpredictable.

Just use your head during these seasons. If it’s hot in your house at any time, shutter those curtains. As temperatures drop (usually in the morning or evening), crack those curtains open to take advantage of the sun.

It won’t take much more work, and you’ll save even more on heating and lighting costs.

Ever set your thermostat to 70 degrees in the dead of winter, just to feel freezing cold anyways?

You may want to check the insulation throughout your house. Chances are, most of the extra heat/cold you’re trying to generate is actually making the immediate exterior of your home warm or cool.

Your thermostat wouldn’t know the difference, though, so your furnace or central air will work harder to kick out tons of extra temperature-treated air to compensate for the lack of temperature change in your home.

Be especially vigilant about the insulation in your upper floors and attic (if you have them) during the winter. Heat rises, making it more likely to escape your home through poorly insulated upper floor/attic walls.

Insulation doesn’t get its fair share of attention during the summer, but it’s equally as important because it keeps external heat from reaching the inside of your house and kicking your air conditioning into gear.

Ever been yelled at by your parents for leaving the freezer open? They have a point; freezers need a ton of energy to keep items frozen in any season.

And another freezer to the mix, and you’re putting a serious drain on your wallet.

Having a 2nd freezer in the garage is a common occurrence for homeowners, especially families who want a separate beer/liquor (and sometimes dessert) fridge/freezer to keep adult beverages and dessert foods as far from the kids as possible.

But holding onto this 2nd freezer is essentially doubling your energy spending. And if you only use the freezer for one thing, is it really worth all the extra cash to keep the liquor cold?

You might have to reduce the number of freezable items you keep in your house, and you might have to get creative with cramming everything into your freezer if it’s a smaller one that sits on top of your fridge.

However, that’s a small price to pay for energy savings.

On top of that, you could sell your 2nd freezer and pocket some bonus cash.

Replacing your old freezer with an energy efficient unit will help you save even more.

That is, if you have the cash to drop on a new freezer. It’s something to consider, but only if you’re on the market for a new freezer anyways because, well, freezers aren’t cheap.

If you aren’t in the market for a new freezer, it’s most likely a wiser financial decision to hold onto your own freezer and simply ditch the 2nd if you have one.

There’s nothing like a hot shower in the dead of winter. Few sensations best the gentle embrace of warm water as it hits your skin after a long day in below-freezing temperatures.

But your hot showers come with a high energy cost, and therefore a high dollar cost. Turning that shower temperature down a few notches will instantly lead to large electricity savings.

We’ll admit that cold showers during the winter months is akin to telling someone who lives 50 miles from work to just bike there each morning to save on gas.

So why not start during the summer? Cold showers feel amazing after sweating under the hot sun all day, making it almost effortless to save on heating costs. While the heat is around, you can work your way up from hot, to lukewarm, and finally to cold. When the heat’s gone and the snow’s falling, cold showers will be mostly habit by then.

Cold showers don’t just help your wallet; they’ve been correlated with various health benefits too, and they wake you up real quick in the morning.

Help The Planet, Help Your Wallet

Many actions you take to save money could be considered “selfish”, whether that’s bad selfishness (like not lending some cash to a friend in need) or neutral selfishness (such as heavy couponing to save money on groceries, as this doesn’t really hurt anyone).

But reducing your electricity usage could actually be considered slightly noble because you’re doing a small part in helping the planet!

If you need a bit of extra motivation to save electricity, just think of your cost savings as a reward for doing your part in keeping earth as green as possible.

The best part is that you could be saving money and the planet as soon as this minute. Most of these tips can be implemented immediately, so start saving electricity today!

How To Fill Out A Money Order Step by Step

How To Fill Out A Money Order Step by Step