What Is A Bear Market?

by Money Monarch
in Investing, Money Management
0
This article may contain references to products from one or more of our advertisers. We may receive compensation when you click on links to those products. For an explanation of our Advertising Policy, visit this page.
0
SHARES
219
VIEWS
Share on FacebookShare on Twitter

What Is A Bear Market?

Humans love to use animals as metaphors for uniquely human concepts.

For example, Ferrari’s logo is a prancing horse. This is supposed to represent the speed a Ferrari provides.

In a similar vein, markets use a bull and a bear to represent trends.

But what do these animals have to do with the direction of the market? 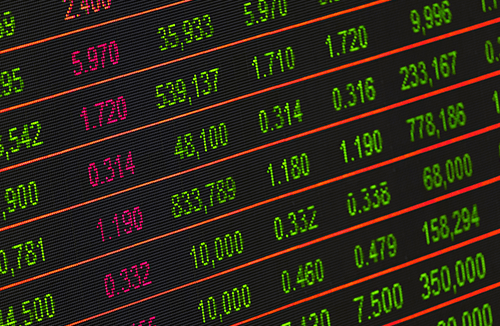 Before we talk about the two types of markets, let’s give you a primer on how economies/markets work.

Similar to your washing machine, the economy works in cycles. Any given economy will grow/expand for a certain period of time, but that growth can’t last forever.

Eventually, a growing economy reaches a peak in the cycle when they’ve reached their maximum economic output.

Such a peak can cause economic imbalances that are solved through the other, contractionary part of the economic cycle: recession.

Some factors that help economists determine which part of the cycle an economy is in include:

According to the National Bureau of Economic Research, America’s economic cycles have averaged 5.5 years in length since the 1950s.

Government and central banks are responsible for smoothing out the economic cycle through the use of:

So what are bear and bull markets?

A bear market is a market that has declined 20% over a period of at least two months. It’s called a bear market due to how bears attack prey – swiping downwards.

Some signs of a bear market include

As these and similar signs imply a recession is coming.

There are four distinct phases to a bear market.

At first, everything is sunshine and rainbows. Securities prices are way up there, and investors are feeling good about their beefy portfolios.

However, all good things must come to an end.

These investors know this very well; thanks to some funky market psychology, they race to cash out their best holdings before everyone else does, as prices will start dropping when everyone ditches their securities.

In other words, the supply begins increasing while demand begins decreasing.

Thus, they initiate phase 2. As these shares are sold off, supply continues to increase since there’s more shares available with every sale. Securities prices experience a drastic drop to compensate.

In addition, corporate profits and general trading volume are on the decline during phase 2.

Some people get fooled during phase 3. This is when speculators (investors solely seeking to make a profit) enter the market, hoping to snap up these stocks while their prices are low.

This causes a small, temporary bump in trading volume and share prices.

But that doesn’t last long.

Prices will quickly start trending downwards again, albeit much more slowly than in phase 2.

When the stock market crashed in October 1929, it triggered the Great Depression. On a related note, this same crash sparked America’s most famous bear market (as bear markets are kind of a given in a depression).

The S&P 500 sustained a massive 86% drop over a period of only 3 years after the market crashed; it did return to its previous level for almost 25 years.

But let’s get to something still painfully fresh in our minds: the 2008 financial mess. Due to a combination of bubble-bursting fears, automotive industry troubles, and questionable practices on Wall Street, America sunk into a bear market from October 2007 until March 2009.

America experienced about 9 other notable bear markets of varying lengths and intensities in between these two stand-out examples. 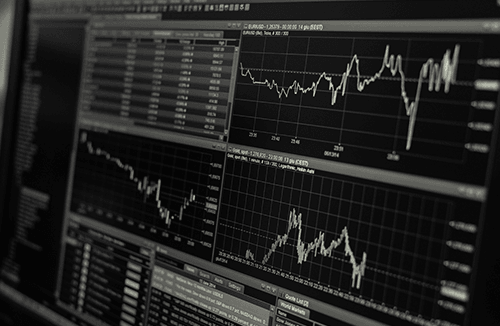 What To Do In A Bear Market

The key to surviving a bear market is to not let your emotions get the best of you. The market is cold and calculating; emotions can cloud rational judgement.

It can be tempting to cash out all your assets in the face of declining prices. Sure, you’ll make more money than if you cashed out at the bottom of the bear market.

In reality, however, all this’ll do is reduce your gains on the sale. This is called capitulation.

Bear markets don’t last forever: they’ll eventually stop and change direction. Instead of capitulating, hold on to your current assets.

In fact, a bear market is the perfect time to bulk up your portfolio with additional investments because everything will be so cheap.

You’ll then have a much more valuable portfolio once the market improves.

As long as you separate your emotions from your investment decisions, things will at worst even out in the long run.

Of course, meet with your financial advisor whenever you plan on making major investment decisions or if you want to prepare for certain economic conditions like a bear market.

Although they appear similar, it’s important not to confuse a bear market with a simple market correction.

See, both involve an upward trend in pricing and trading volume.

However, market corrections are much shorter. They typically last under two months.

This simple difference in the length of each has significant implications for investors.

As you learned, prices decline for a long time in a bear market. Thus, investing wouldn’t be a good idea unless the bear market is coming to an end.

On the other hand, market corrections are a boon to the savvy investor. If you can time it right, you can snag stock at a temporary “trough” price and quickly experience a decent gain on your investment.

A bull market is the opposite of a bear market. It’s commonly defined as a market where stock prices increase 20% after at least 2 declines of 20% each.

Markets are considered “bull markets” when securities prices are rising. It’s called a “bull” market for the same reason that bear markets are bear markets: a bull attacks by thrusting its horns upwards.

But do prices ever decrease in bull markets?

Yes, and they do quite often. However, these price drops, called retracements, are typically very small. For the more active investor, these retracements are good opportunities to scoop up some more shares before the bull market continues.

If you handled your emotions and held on to your assets during a bear market, you’re about to be greatly rewarded for your efforts when a bull market happens.

Since bull markets aren’t overnight phenomenons, you can still take advantage of relatively low prices as well once analysts determine a bull market is occurring.

Oh, and for your peace of mind: since 1926, the average length of an American bull market was around 6.5 years.

The longest modern American bull market lasted from 1982 all the way to the 2000, right when the dotcom bubble was close to bursting. The Dow Jones averaged a whopping 16.8% yearly return.

Contrast that with the stock market’s commonly-cited historical average return of around 7%.

Whoever timed that bull market right made off quite well.

Everything’s A Cycle But The Markets Are Animals

The seasons, photosynthesis, the dishwasher…

If you look all around you, everything works in cycles. Even the economy, although it’s much harder to see from a micro point of view.

But by understanding the cycle of bear and bull markets, you can start to observe the cyclical fashion of the economy and invest accordingly.

Consult a financial adviser if you have any investment questions. They spend at least 8 hours a day swimming in this stuff, so they’ll be able to help you make the best decisions given your situation.

Now that you know bear markets are “bad” and bull markets are “good”, it suddenly makes a lot more sense why there’s a statue of the more optimistic animal on Wall Street, doesn’t it?

23 Ways To Make Quick Cash When You Need Money Now

23 Ideas For Kids And Teenagers To Make Money