How To Ask For A Raise: The Advice You Need Before You Talk To Your Boss

by Money Monarch
in Money Management
0
This article may contain references to products from one or more of our advertisers. We may receive compensation when you click on links to those products. For an explanation of our Advertising Policy, visit this page.
0
SHARES
145
VIEWS
Share on FacebookShare on Twitter

How To Ask For A Raise To Increase Your Earnings

You put in plenty of blood, sweat, and hours at the office trying to be the best possible employee for your company.

Meanwhile, your company is gracious enough to recognize that your wage needs to increase to keep up with inflation.

However, a 3% raise every 6 months to a year makes your compensation advance slower than a snail.

It feels even worse when you’ve picked up responsibilities outside your job description and sacrificed free time in order to keep things running smoothly.

Believe it or not, you aren’t at the mercy of Human Resources, Payroll, nor pitiful 3% raises when it comes to your paycheck.

Asking for a raise is a completely normal fact of corporate life; in fact, your boss is probably surprised you haven’t asked yet (if you’ve never tried, that is).

But asking for a raise isn’t as simple as demanding more money every half month; you have to do it tactfully.

Fortunately, there are plenty of actions you can take to improve your chances of both scheduling a “raise discussion” with your boss and actually getting approved for the raise.

Before you think about asking your boss for a raise, though, you need to know your stuff inside and out.

You Need To Prepare To Ask For That Raise 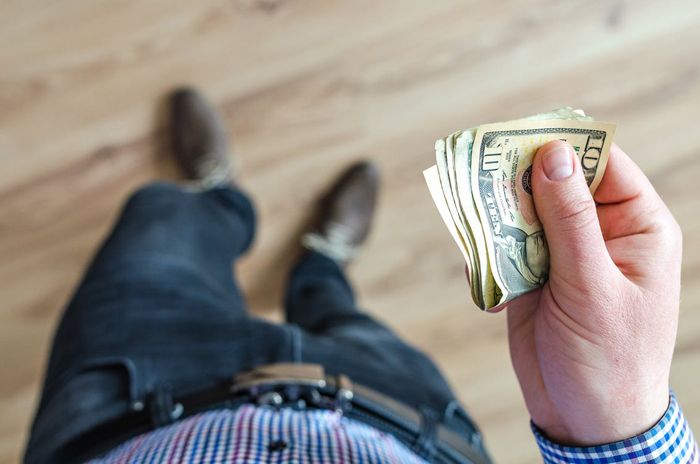 “by failing to prepare, you are preparing to fail”.

Despite the normality of asking for a raise, your boss won’t just give you one upon strolling into their office.

When it comes to asking your company to pay you more, you need to do a fair amount of leg work to prepare to ask for a raise.

Research The Salary Of Jobs Similar To Yours

Most of the time, it’s not very healthy to compare yourself to others.

In the case of asking for a raise, however, salary comparison is your bread and butter.

You see, every single employer likes to claim they pay “competitive” rates in their job descriptions to draw in the best talent.

But is your salary actually competitive with other professionals that hold positions similar to your’s?

Only one way to find out!

Time to do some salary research.

Start out with the Bureau of Labor Statistics. Here, you can see what employees with your job title (or a similar title) should be compensated based on their level of experience.

If you find any significant difference here, you might be underpaid in the first place as BLS statistics serve as a good baseline for compensation information.

Another site to look at is Glassdoor. Salaries for any position you can think of are posted on their site so you can see what people with your title are actually being paid.

Plus, they have a “Know Your Worth” calculator that is tailored to helping you research salaries in preparation of asking for a raise.

If you’re trying to learn how to ask for a raise, chances are you’ve done something to deserve more pay.

Once you’ve gathered some industry salary data on your position, it’s time to go more personal.

In other words, bust out the pen and paper and make a list of anything you did exceptionally well between your last promotion/pay bump and the present.

Some of these could include:

It’s important to have as much hard data as possible, as having facts on hand to back up your argument is extremely persuasive.

Did your actions lead to a small percentage increase in profits? Know that percentage (and even better, know the dollar amount) and write it down. Your company would almost be a fool not to pay you more for netting them more money.

Also, make note of any accomplishments/accolades/other times you did something above and beyond from this point forward; keep them tucked away in a spreadsheet.

It’ll help you with asking for future raises and promotions.

Not to mention future job applications and interviews will be much easier when you know what you’ve accomplished in the past.

For The Bold… Get Another Job Offer

In might sounds spiteful, but bringing a job offer from another company to your boss’s desk at negotiation time is actually a valid tactic to persuade your way to a raise.

Your company doesn’t keep you around for nothing; you obviously provide skills and knowledge that the company values and they pay you accordingly.

This is why a separate job offer can nudge your boss towards a “yes”. If you’ve found a company willing to pay you more (controlling for other factors like company culture and job duties), your current employer will be forced to find a way to keep you if they value you that much.

And how will they keep you?

With a raise, of course.

Now, your employer knows that it’s easier to stay in a job than start a brand new job at a different company (what with all the training and adjusting that comes with a new employer) so they probably won’t match an astronomical increase in pay.

But having another job offer in hand could be just what you need to light a fire underneath your boss.

Oh, and if you have both salary information and another job offer, it’s a double whammy. Not only is there data displaying what you should be paid, but another company even offered to pay you what you’re worth!

That’s a very powerful weapon in your persuasion arsenal.

Ok… So How Do You Bring It Up?

Now for the scariest part: popping the question.

No, you aren’t asking your boss to marry you… but it’s time to ask for a raise.

The single worst thing you can do is have any tinge of negativity in your voice. Your boss will turn you down faster than you can say “underpaid”.

Also, even if you need the raise to be more comfortable financially, don’t talk about your financial struggles at all.

At best, you have a sympathetic boss that says “sorry, I wish but it’s not in the budget at this time”; at worst, they’ll laugh in your face, tell you how everyone struggles with money, and tell you to get the heck out.

Instead of whining, complaining, begging, or pleading, try something like…

“Good morning, *BOSS*. I really appreciate the opportunity to take on more responsibilities with this company. I’ve been doing very well with these new job duties and exceeded the expectations set for me. Could we discuss adjusting my salary in accordance with these additional responsibilities?”

It doesn’t need to be that word-for-word, but I think you understand the idea.

Look At It From Your Boss’s Point Of View

Here’s the deal: any time you ask for money in return for something, you’re selling something. Even the most generous people can be stingy with their money, so you can’t just talk about yourself the whole time.

It’s Sales 101: you have to look at it from your “customer’s” point of view and address THEIR problems and pain points.

Of course, you’re bringing information about you to the table; that doesn’t mean you can’t address your boss’s perspective with said information.

For example, let’s go back to the “increased the company’s profits” example. Use this to illustrate your increased value to the company. Both you and your boss look good when your team is doing good things for the company, so you can sell your boss on that.

Hopefully, your boss doesn’t bite. The worst they can say is “no”, with “maybe” being only a little bit better.

Still, you should be prepared to respond to either of these answers.

In the case of a flat-out “no”, don’t ask “why”; instead, ask “what”. By this, we mean ask your boss what it would take in the future to land your raise.

If your boss is halfway-decent, they’ll give you one or two things you can do to nab the raise the next time you’re at the negotiation table.

But if you don’t feel the path to your raise is worth your time/effort, you always have that job offer in your back pocket (if you interviewed at other companies as part of your preparation, that is).

Bosses are people too; sometimes, they get a bit indecisive under pressure.

Just thank them for having the conversation with you and clarify what the next steps are.

Maintain a pleasant disposition and you could have it in the bag the next time you meet. 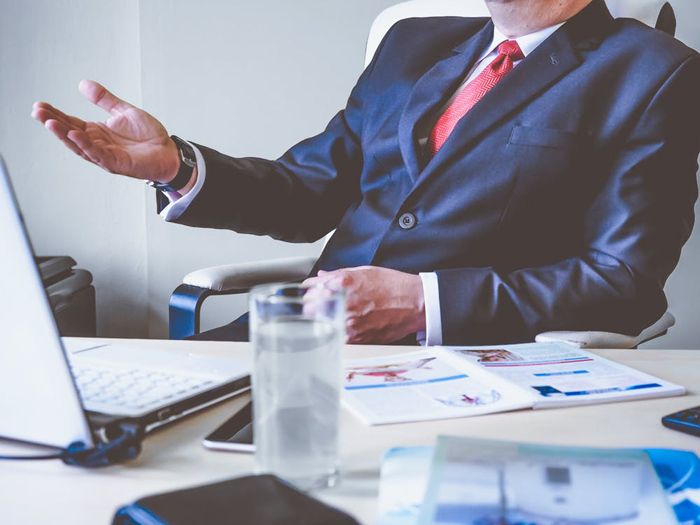 Just because your boss says “no”, doesn’t mean they don’t want to give you a raise.

Sometimes, they actually want to…

If only they weren’t constrained by other factors.

Timing Could Make Or Break Your Case

Again, bosses are human. They have good days, bad days, and Mondays just like the rest of us.

The worst time to ask your boss for a raise would be when they’re swamped or stressed out. The last thing they want to hear while they’re drowning in work is “hey, could I get some more money?”.

Even if you deserve it, humans aren’t ultra-rational robots. They’ll just be annoyed if you ask at the wrong time.

For example, if you’re a tax accountant at a private company, don’t go asking your boss for more money during tax season (not only do you and your boss have a lot of work to do, but they have their own taxes to worry about too).

Once tax season is over and work slows down, you might fare better.

As an added bonus, your boss will most likely be riding the high of a successful tax season so use that to your advantage.

Lastly, anytime you perform especially well (such as closing a large deal with a client) is a great time to ask for a raise. The high spirits of your company combined with evidence of your value to the company is a one-way ticket to more money hitting your direct deposit.

You Work Hard, You Deserve A Raise

It’s quite unfortunate that so many are afraid to ask to be compensated fairly for the value they provide.

Sure, some bosses are stingy and rude about money, but some are simply unaware you’re being underpaid.

Just make sure to thoroughly prepare before asking to discuss raising your pay:

When you get to the negotiation table, don’t whine, complain, or talk about money trouble. Focus on your boss’s and your employer’s needs and how you meet them.

Lay down all the evidence, show them how you provide them value, and be pleasant throughout the whole process.

We promise that even if you don’t land it now, it won’t take long.

Why Did My Credit Score Drop? What To Look At

What Is A CD Ladder – Should You Get One?

What Is A CD Ladder - Should You Get One?

The Top 7 Ways To Get Student Loan Forgiveness