What Is Compound Interest and Why Is It The 8th Wonder Of The World?

by Money Monarch
in Investing
0
This article may contain references to products from one or more of our advertisers. We may receive compensation when you click on links to those products. For an explanation of our Advertising Policy, visit this page.
0
SHARES
254
VIEWS
Share on FacebookShare on Twitter

What Is Compound Interest and How Do You Calculate It?

Have you ever heard of the 7 wonders of the world?

You know, the Great Pyramid of Giza, the Hanging Garden of Babylon, the Colossus of Rhodes, etc.

Well, a smart man by the name of Albert Einstein famously added an 8th to that list when he said

“Compound interest is the eighth wonder of the world. He who understands it, earns it… he who doesn’t… pays it”.

But what exactly is compound interest? How could it be so important that one the history’s greatest scientists commented on it’s power?

Time to find out! 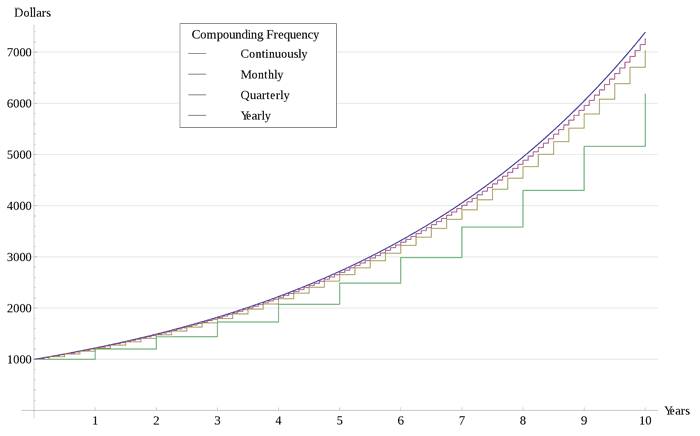 Why does interest exists?

Well, it’s the cost of borrowing money. But let’s simplify it even more:

If you think of money as a product or service, interest is just the price of the money you’re “buying”. The only difference is you pay the “price” over time as it wouldn’t make sense to borrow money if you could just pay for the money all up front.

But why do you have to pay for money if you’re going to give it back?

There are a few reasons, but the fundamental reason is the time value of money.

When you lend out money to somebody, your opportunity cost would be any other investment you could make with the money you lent.

In other words, humans (and animals as well) are wired to place a higher value on what we have and can use now than that same thing if we can’t have it until sometime in the future.

So by lending the money, you’re forsaking other potential investments.

On top of that, inflation eats away at your money when it’s not in use. Interest helps to cover losses due to inflation.

Yet another benefit of interest is that you reduce your risk ever so slightly. If at some point your borrower can no longer pay back their debt, you at least earned a little bit of interest.

Simple interest is a rather, well, simple concept. It’s based solely on the principal amount of the loan or deposit and nothing more.

It’s calculated using the following formula: Simple Interest =  P x r x n, where P is the principal, r is the annual interest rate, and n is the loan term. In interest calculations, loan terms are typically expressed in years, so we’ll stick with that.

To illustrate, let’s say you take out a 3-year, $1,000 loan with a 5% interest rate and payments are to be made monthly.

Simple interest can be seen with car loans, bank CDs, and some other consumer loans.

Compound interest is based on both the principal amount of the loan or deposit and the interest that accumulates on the principle each period.

In other words, each chunk of interest adds to the principal, which directly affects the next interest payment.

The interest rate itself doesn’t change, but because it becomes part of the principle each period, the next interest payment will be the same percentage of a larger number.

Compound interest throws another variable into the mix: compounding periods.

A compounding period is how long interest has to accumulate before it’s added to the principal. Interest can theoretically be compounded any number of times, but it’s usually done on a daily, weekly, monthly, or yearly basis.

Compound Interest = P x [(1+r/n)^nt] – P, where P is the principal, r is the annual interest rate, n is the amount of times interest compounds per unit of “t”, and t is the length of the loan term.

Let’s go back to our previous example, but assuming that interest compounds monthly. That means n = 12, as we’re measuring t in years.

Plug in the numbers, and you get $161.47 of interest over the life of the loan, which is correctly a few bucks more than the simple interest calculation.

Side note: if we change the unit with which we express “t”, that affect r. When t is expressed in years in a monthly compounding scenario, then n = 12 since it’s 12 months per unit of t. If t were expressed in months, then n = 1.

Despite primarily being a physicist, the same smart man who called compound interest the “8th Wonder of the World” also invented a nifty financial formula called the Rule of 72. Funnily enough, it’s basically the inverse of the concept of “half-life” in chemistry.

The Rule of 72 is used to approximate the number of years required to double an investment given an annual rate of return. It’s simplified formula is t = 72/r.

Where does this simple formula come from?

Well, it’s actually derived from the compound interest formula. Let’s use that formula with some slight alterations and simplifications:

Anyways, assuming r is small (as it usually it), ln(1+r) will always be very close to r; therefore, we can use r as our denominator.

Turns out you just round 69.3 up to 72 because it’s the closest and most accurate number that’s easily divisible, as well as much simpler.

Since logarithms are nearly impossible to compute without a calculator, the rule of 72 comes close enough to the point where numerical discrepancies don’t matter.

Compound Interest And Your Investments 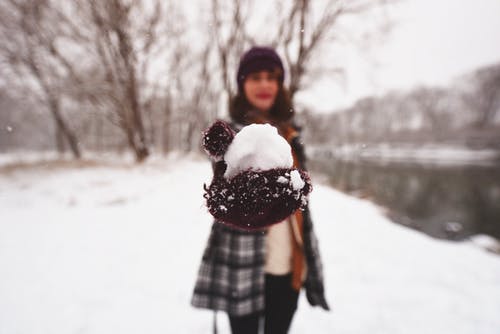 As an investor, compound interest is your friend.

Banks take your money and lend it out to others at interest in order to make a profit. They then compensate you with a lower interest rate so that everyone wins.

But it’s not just simple interest. If it was, they’d just send you a check with your interest every month.

Instead, banks pay compound interest since they deposit each payment into your account.

If you think about it, your return on other investments like stocks and bonds are interest as well. It’s compensation for lending the company/government your money.

Which leads us right to the next section…

Compounding Is The Key To Retirement

Retirement savers don’t just hold their money under their mattress, they make it work for them.

Of course, you have tons of retirement accounts and a bunch of other investments that can appreciate in value so you can have plenty of money in retirement.

But one of the most common ways people apply the concept of compounding to retirement saving is with dividend-paying investments.

Normally, you could take the dividends and spend them. However, that won’t get you as far as you might want come retirement age.

Some people will start out their careers investing into stocks that don’t pay dividends, as those stocks tend to focus on higher growth.

Eventually, as retirement nears, they sell out of those assets and put a lot of it in dividend-paying stocks.

This will bolster your dividend income significantly precisely because of compounding; you earn your “interest” in the form of dividends, then you reinvest those dividends to turn that “interest” into “compound interest”.

When you finally retire, it’s time to reap the effects of compounding.

You’ve spent 40+ years putting every bit of investment payoff back into those investments.

By now, you’d have hopefully accumulated enough dividend-paying assets that you can stop reinvesting and live mostly off dividends.

The “principal” amount you’ve invested over time will stay about the same, barring an economic collapse. You won’t even need to draw on your investment if you do it right.

That’s not the only retirement strategy, but thousands of retirees have some sort of dividend income to at least pay the bills.

Compound Interest And Your Bad Debt

Compound interest is an amazing benefit for the investor, but the borrower truly gets the short end of the stick.

This is especially true for bad debt.

See, bad debt tends to quite inconveniently be the form of debt that compounds it’s interest.

It’s for that exact reason that so many people dig themselves into an inescapable debt hole and eventually declare bankruptcy.

The biggest example of this is credit card debt. Every month that you carry a balance, your card company tacks interest onto your balance based on the Annual Percentage Rate (a slightly more complex version of a compound interest rate), or APR for short.

Many people put way too much on their card and don’t pay the whole balance. Interest gets tacked on to your balance, directly increasing the principal. All of a sudden, you have more actual debt to pay down!

If the debt is too much, most people will struggle to pay much of anything beyond the interest payment turned principal. Thus, in the best case scenario, they’ll stuck on a hamster wheel burning tons of cash on “interest” payments without causing the debt to decrease.

In the worst case, the debt continues to climb as the debtor’s payments cover less and less of the growing principle amount.

So never put yourself into excessive debt, or your good old friend compound interest will become your worst enemy.

Debt is a huge part of the economy. But a big part of debt is interest, so it’s critical to understand how interest works to build wealth and avoid financial pitfalls.

When you earn money on your investments, reinvest as much of it as you can to reap the benefits. While you do so, steer clear of any bad debt as your hard-earned investments will be eaten up by the interest you pay.

It’s not the most precise formula for wealth building, but it’s a solid rule of thumb to follow.

Now that you know the power of compounding, we highly suggest you make Albert Einstein proud and take advantage of this mythical “8th Wonder of the World”.

How Much Money Do I Need To Retire?

How Much Money Do I Need To Retire?

M1 Finance Review - The Greatest Way To Invest With "Pies"